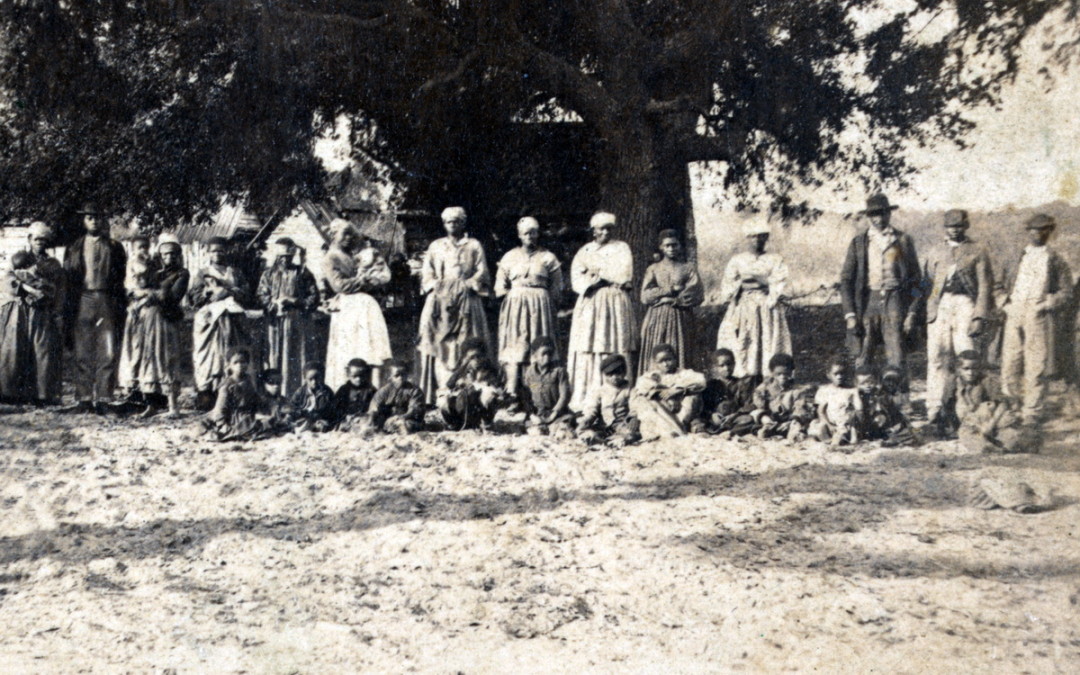 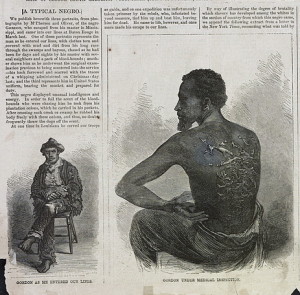 A slaveholder’s estimate of the guilt of stealing a hog! 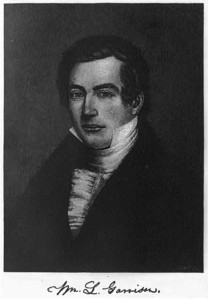 William Lloyd Garrison in 1835, publisher of The Liberator

After I had disposed of my team for the night, and taken my supper, I went as usual to see the people of color in the kitchen, belonging to this plantation. The sun had just set, when I reached the kitchen, and soon afterwards a black boy came in and told the woman, who was the only person in the kitchen when I came to it, that she must go down to the overseer’ s house. She immediately started, in obedience to this order, and not choosing to remain alone, in a strange house, I concluded to follow the woman, and see the other people of this estate. When we reached the house of the overseer , the colored people were coming in from the field, and with them came the overseer , and another man, better dressed than overseers usually are.

I stood at some distance from these gentlemen, not thinking it prudent to be too forward amongst strangers. The black people were all called together, and the overseer told them, that some one of them had stolen a fat hog from the pen, carried it to the woods, and there killed and dressed it; that he had that day found the place, where the hog had been slaughtered, and that if they did not confess, and tell who the perpetrators of this theft were, they would all be whipped in the severest manner. To this threat, no other reply was made than a universal assertion of the innocence of the accused. They were all then ordered to lie down upon the ground, and expose their backs, to which the overseer applied the thong of his long whip, by turns, until he was weary. It was fortunate for these people, that they were more than twenty in number, which prevented the overseer from inflicting many lashes on any one of them.

When the whole number had received, each in turn, a share of the lash, the overseer returned to the man, to whom he had first applied the whip, and told him he was certain that he knew who had stolen the hog; and that if he did not tell who the thief was, he would whip him all night. He then again applied the whip to the back of this man, until the blood flowed copiously; but the sufferer hid his face in his hands, and said not a word. The other gentleman then asked the overseer, if he was confident this man had stolen the pig; and receiving an affirmative answer, he said he would make the fellow confess the truth, if he would follow his directions. He then asked the overseer if he had ever tried cat-hauling, upon an obstinate negro; and was told that this punishment had been heard of, but never practiced on this plantation.

A boy was then ordered to get up, run to the house, and bring a cat, which was soon produced. The cat, which was a large grey tom-cat, was then taken by the well dressed gentleman, and placed upon the bare back of the prostrate black man, near the shoulders, and forcibly dragged by the tail down the back, and along the bare thighs of the sufferer. The cat sunk his sails into the flesh, and tore off pieces of the skin with his teeth. The man roared with the pain of this punishment, and would have rolled along the ground, had he not been held in his place by the force of four other slaves, each of whom confined a hand or a foot. As soon as the cat was drawn from him, the man said he would tell who stole the hog, and confessed that he, and several others, three of whom were then holding him, had stolen the hog, killed, dressed, and eaten it. In return for this confession, the overseer said he should have another touch of the cat, which was again drawn along his back, not as before, from the head downward, but from below the hips to the head. The man was then permitted to rise, and each of those who had, been named by him, as a participator in stealing the hog, was compelled to lie down, and have the cat twice drawn along his back; first down wards, and then upwards. After the termination of this punishment, each of the sufferers was washed with salt water; by a black woman, and they were then all dismissed. This was the most excruciating punishment, that I ever saw inflicted on black people, and in my opinion, it is very dangerous; for the claws of the cat are poisonous, and wounds made by them are very subject to inflammation.