Frances Benjamin Johnston and the CSAS

Photographer Frances Benjamin Johnston (1864-1952) created a systematic record of early American buildings and gardens called the Carnegie Survey of the Architecture of the South (CSAS). This collection includes more than 7,100 images of an estimated 1,700 structures and sites in rural and urban areas of Virginia, Maryland, North Carolina, South Carolina, Georgia, Alabama, and Louisiana, and to a lesser extent Florida, Mississippi, and West Virginia.

Frances was born during the American Civil War. Her 60-year career as a photographer began with portrait, news, and documentary work. Over time she began to focus on contemporary architecture and gardens, culminating in a survey of historic buildings in the southern United States.

She counted presidents, diplomats, and other government officials among her portrait clients, while in her personal life she traveled in more Bohemian circles.

In 1945 she moved to New Orleans and settled by 1946 at 1132 Bourbon St., in the French Quarter. That same year she became an honorary member of the American Institute of Architects “for her notable achievement in recording photographically the early architecture of the United States.” In 1947 she had a final exhibition at the Library of Congress.

Frances died in New Orleans on May 16, 1953 at the age of 88. She is buried in Rock Creek Park Cemetery, Washington, DC.

Carnegie Survey of the Architecture of the South

The survey began with a privately funded project to document the Chatham estate and nearby Fredericksburg and Old Falmouth, Virginia, in 1927-29. Johnston then dedicated herself to pursuing a larger project to help preserve historic buildings and inspire interest in American architectural history.

Frances Benjamin Johnston working on the CSAS in 1935.

Johnston produced vivid portrayals of the exteriors and interiors of houses, mills, and churches as well as mansions, plantations, and outbuildings. She traveled thousands of miles by car to build this collection of photographs.

The Carnegie Corporation provided here with six grants during the 1930s on condition that the negatives be deposited with the Library of Congress. The LoC formally acquired the negatives from her estate in 1953 along with about 20,000 other photographs.

The Library of Congress, with funding from ARTstor, digitized her negatives in 2008.

The CSAS collection is fully indexed so you can browse it by subject.

While much of the collection contains photos of stately manors and public buildings, a few of the locations she surveyed had the remains of slave quarters that she was able to record for posterity.

Slave Quarters in the CSAS 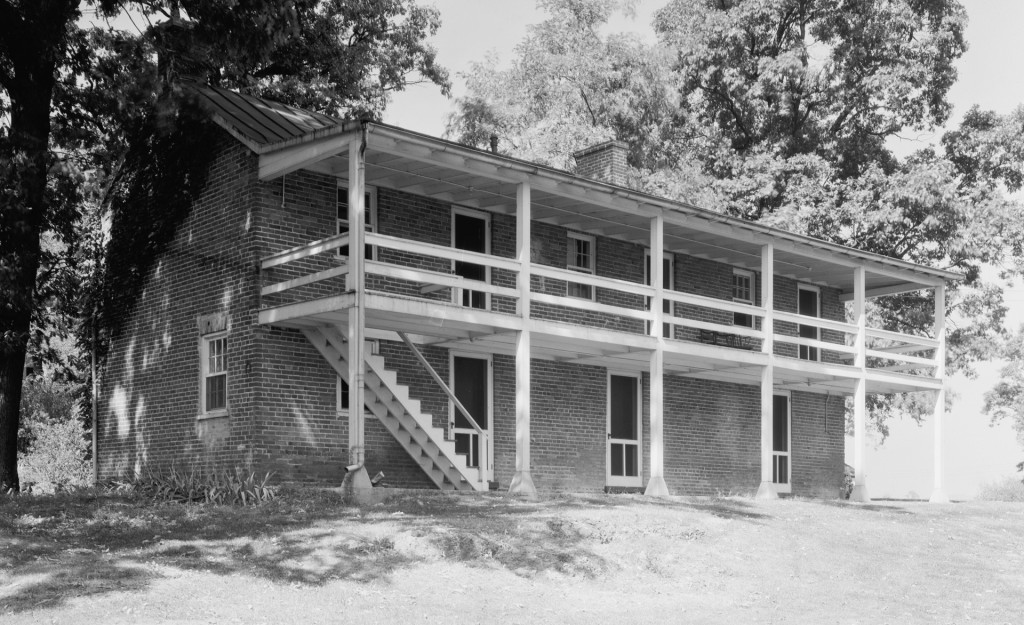 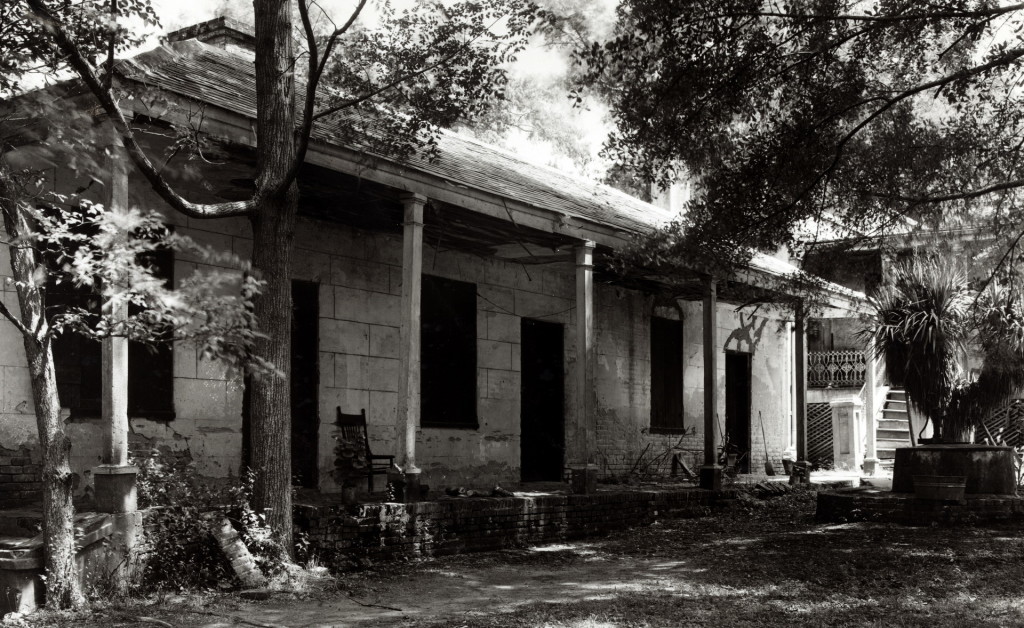 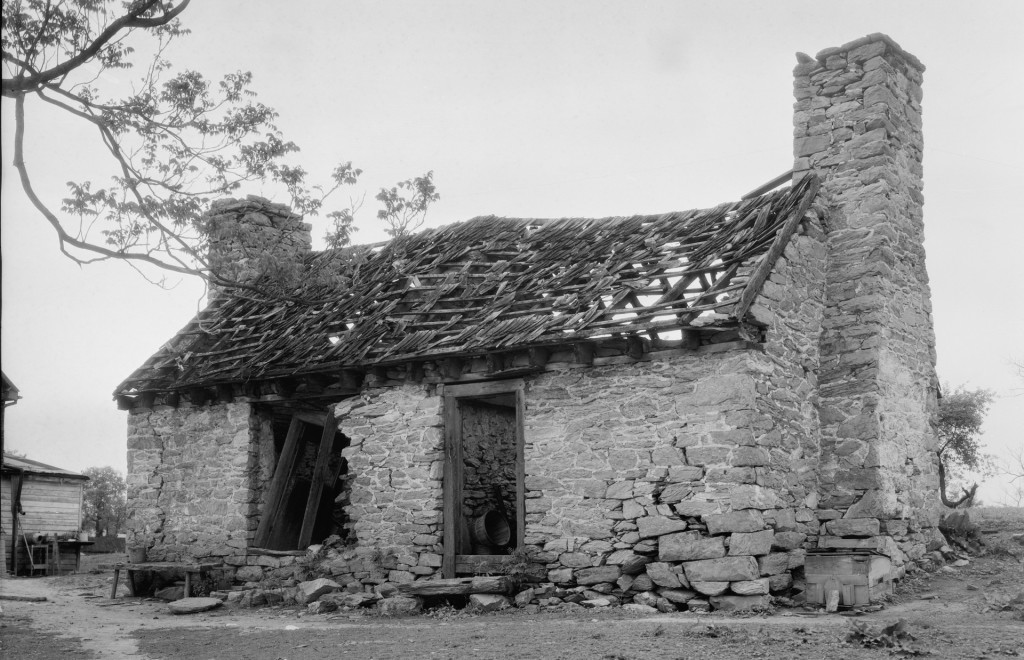 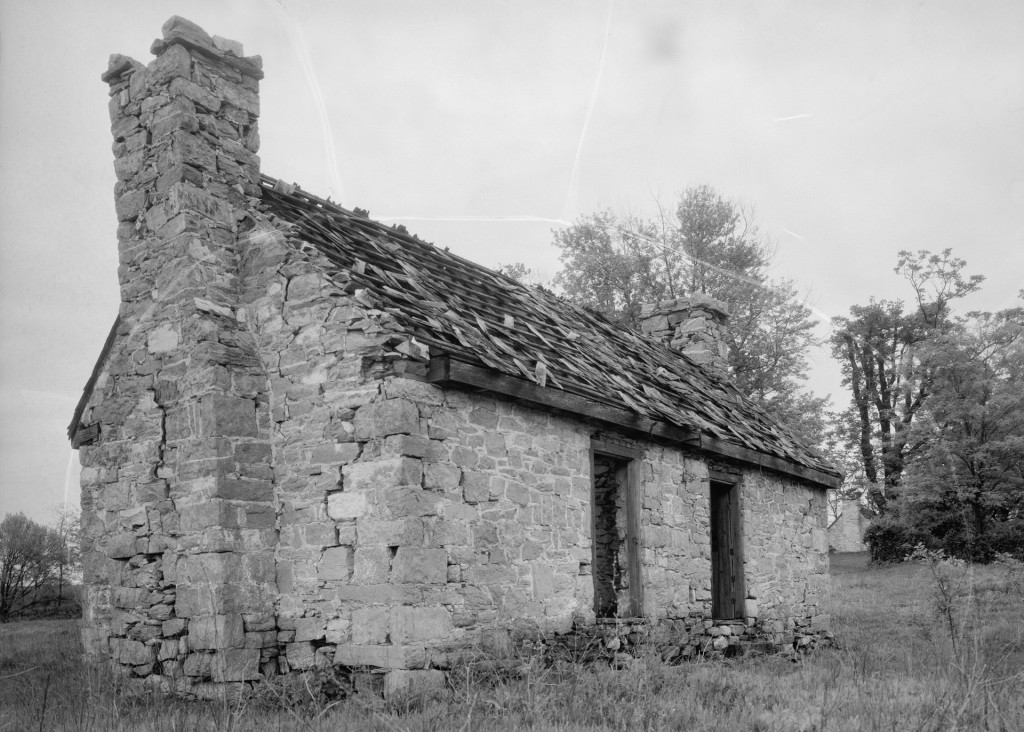 She also preserved the Old Market House where slaves were bought and sold in Fayetteville,  North Carolina.