She aligned herself with other artists, like John Heartfield, and did not want to dignify German Nazism or risk her dance troupe. She declined the invitation: 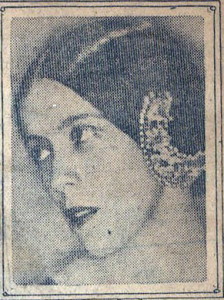 In accord with a growing move of protest in the arts against the current political regime in Germany, Martha Graham in a recent press interview revealed that she had declined an invitation to represent the United States at the International Dance Festival to be held in Berlin this Summer in connection with the Olympic Games.

Miss Graham’s invitation was issued by the dance division of the German Ministry of Culture, over the signatures of the Deutsche Tanzbuehne, of the president of the organization committee of the Eleventh Olympic Games and of the Reichminister of Volksaufklarung un Propadanda.

In her letter declining the invitation, Miss Graham said: “I would find it impossible to dance in Germany at the present time. So many artists whom I respect and admire have been persecuted, have been deprived of the right to work for ridiculous and unsatisfactory reasons, that I should consider it impossible to identify myself, by accepting your invitation, with the regime that has made such things possible. In addition, some of my concert group would not be welcomed in Germany.” 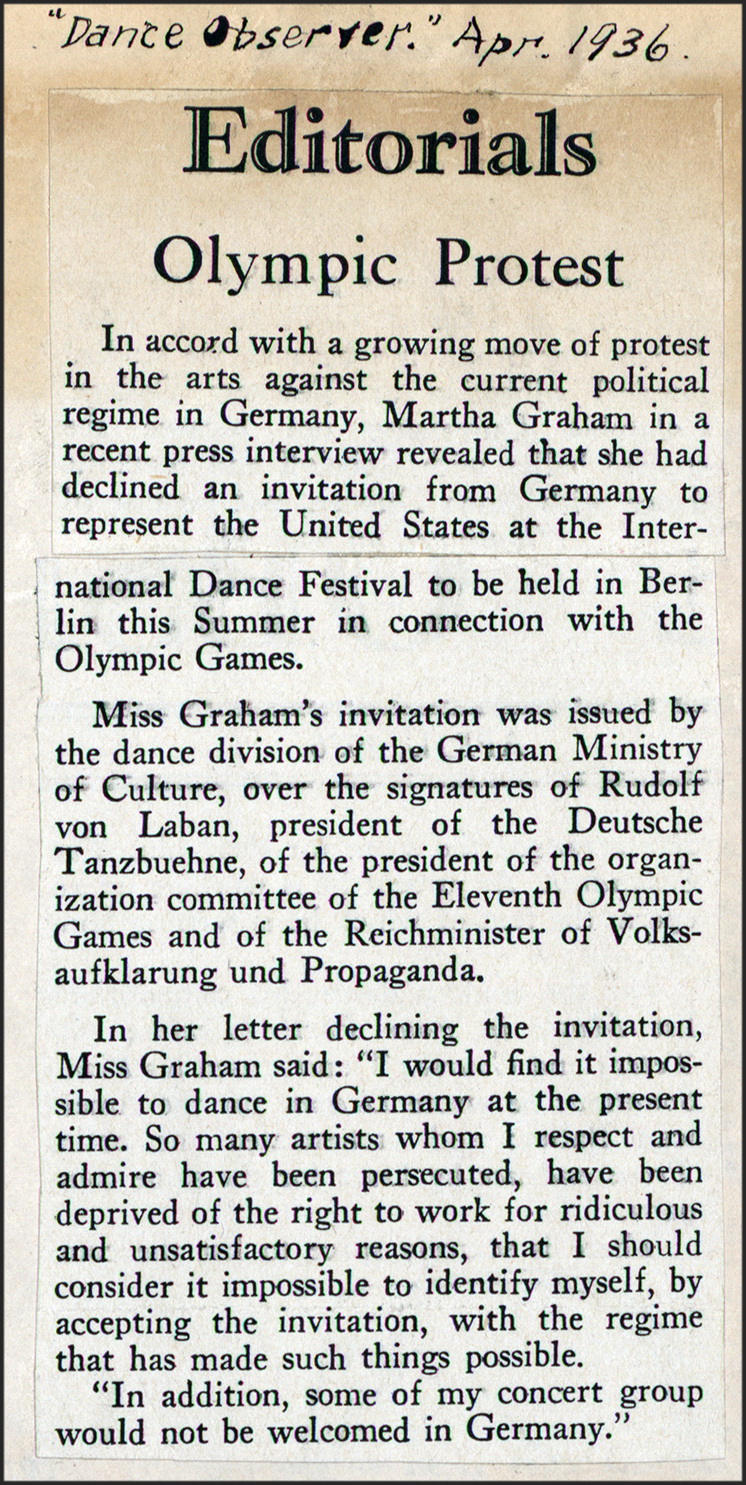 Graham had several Jewish members in her dance group at that time. German authorities replied promising that all of her dancers would be treated with respect, but Graham did not want to take that risk, despite the massive amount of attention dancing at the event would bring.