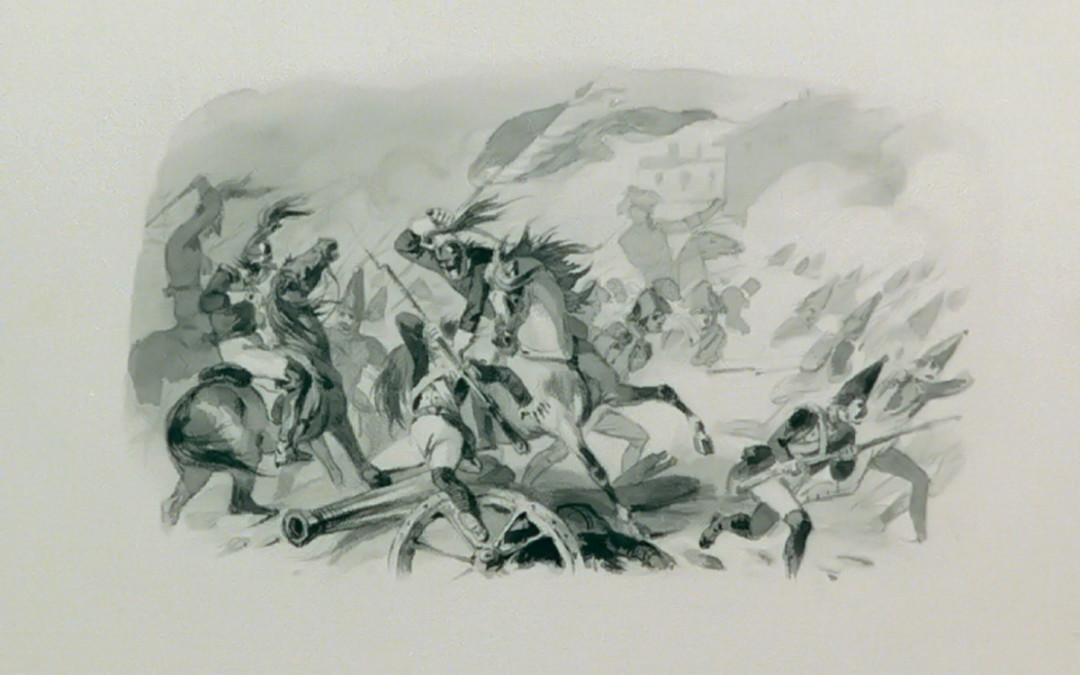 Sir Henry Clinton’s proclamation on June 30, 1779 outlines how the process would work: 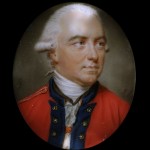 Whereas, The Enemy have adopted a practice of enrolling Negroes among their troops: I do hereby give Notice, that all Negroes taken in Arms, or upon any military Duty shall be purchased for the public service at a stated price; the Money to be paid to the Captors.

But I do most strictly forbid any Person to sell or claim Right over any Negroe, the Property of a Rebel, who may take refuge with any part of this Army: And I do promise to every Negroe who shall desert the Rebel Standard full Security to follow within these Lines any occupation which he may think proper.

Given under my Hand at Head-Quarters, Philipsburgh, the 30th day of June 1779.

Because the American rebels were using black people for military purposes, the British forces would purchase any captured Negroes at a predetermined price. However, any Negroes who escaped on their own and reached the safety of the British army could not be sold. Those escapees were welcome to do whatever kind of work they wanted for the British army.

In 1781 General Greene reported to Washington from North Carolina that the British there had undertaken to embody immediately two regiments of Negroes. 24 They were operating just as aggressively farther South. “It has been computed by good judges,” says Ramsey, “that between the years 1775 and 1783 the State of South Carolina lost 25,000 Negroes, 25 that is, one fifth of all the slaves, and a little more than half as many as its entire white population. At the evacuation of Charleston 241 Negroes and their families were taken off to St. Lucia in one transport, the Scimitar.”

Yet in Georgia it is believed that the loss of Negroes was much greater, probably three fourths or seven eighths of all in the State. There the British were more successful in organizing and making use of Negroes. One third of the 600 men by whom Fort Cornwallis was garrisoned at the siege of Augusta were Negroes.

So effective were some of these Negroes trained by the British in Georgia that a corps of fugitive slaves calling themselves the “King of England’s Soldiers,” so harassed the people on both sides of the Savannah River, even after the Revolution, that it was feared that a general insurrection of the slaves there would follow as a result of this most dangerous and best disciplined band of marauders that ever infested its borders.

The leaders of the Revolution quickly adjusted their radical position of excluding Negroes from the army. Hearing that the free Negroes serving in the ranks in New England were unhappy about their exclusion military service, and fearing that they might join the enemy, Washington, late in 1775, abolished the established policy and gave recruiting officers leave to accept free Negroes. He promised to put the matter before the Continental Congress, which he was sure would approve it. 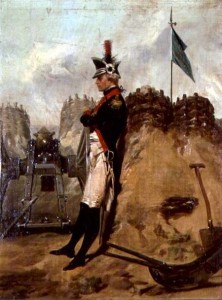 Alexander Hamilton in the Uniform of the New York Artillery

The matter was referred to a committee composed of Wythe, Adams and Wilson, who recommended that free Negroes who had served faithfully in the army at Cambridge might be reenlisted but no others.

Thereafter the Continental Congress left the matter to the various States, which were then “jealously mindful of their rights”.

Many leaders approved of the enlistment of black troops. General Thomas liked it so much that he wrote John Adams in 1775, expressing his surprise that any prejudice against it should exist.

Writing from the headquarters of the army, Alexander Hamilton debated a plan for raising three or four battalions of emancipated Negroes. He felt it was the most rational plan that could be adopted in Southern states. Hamilton foresaw the opposition from prejudice and self-interest, but insisted that if the Americans did not make such a use of the Negroes, the British would.

The movement received further impetus when special envoys from South Carolina headed by Huger appeared before the Continental Congress on March 29, 1779, to ask for relief in the Southern colonies.

They explained that South Carolina had a demographic problem. The number of slaves had grown larger than that of the white population. South Carolina was unable build a local defense, because of the large of white men staying home to prevent insurrections among the Negroes and their desertion to the enemy.

Huger and the other representatives suggested that they raise among the Negroes of South Carolina a force “which would not only be formidable to the enemy from their numbers and the discipline of which they would readily admit but would also lessen the danger from revolts and desertions by detaching the most vigorous and enter prising from among the Negroes.”

The Continental Congress bounced the question back to the state’s legislatures but promised that if they proceded with the plan, that the United States would defray the expense.

Congress passed a resolution with these recommendations.

The resolutions of Congress were as follows:

Resolved, That it be recommended to the States of South Carolina and Georgia, if they shall think the same expedient, to take measures immediately for raising three thousand able-bodied negroes.

That the said negroes be formed into separate corps, as battalions, according to the arrangements adopted for the main army, to be commanded by white commissioned and non-commissioned officers.

That the commissioned officers be appointed by the said States.

That the Governors of the said States, together with the commanding officer of the Southern army, be empowered to incorporate the several continental battalions of their States with each other respectively, agreeably to the arrangement of the army, as established by the resolutions of May 27, 1778; and to appoint such of the supernumerary officers to command the said negroes, as shall choose to go into that service.

Resolved, That Congress will make provision for paying the proprietors of such Negroes as shall be enlisted for the service of the United States during the war, a full compensation for the property, at a rate not exceeding one thousand dollars for each active, able-bodied negro man of standard size, not exceeding thirty-five years of age, who shall be so enlisted and pass muster.

That no pay or bounty be allowed to the said negroes; but that they be clothed and subsisted at the expense of the United States.

That every negro, who shall well and faithfully serve as a soldier to the end of the present war, and shall return his arms, be emancipated, and receive the sum of fifty dollars.

It would be cool if South Carolina and Georgia could hurry up and draft 3,000 strong and healthy black men and organize them into a battalion to be commanded by white officers picked out by each state as long as the white officers selected were cool with commanding those guys. The Continental Congress will pay the owners of those black men used for the war effort at the rate of no more than $1,000 each. To qualify for payment, the negro man can’t be over 35 years old and has to be of ‘standard size.’ That money is strictly for the black men’s owners, however, they would be fed and clothed for the duration. As a bonus, at the end of the war, every black man who obeyed the orders of his white commander get $50, give back his gun, and become a free man.