This is how the demonstration was reported in Omaha, Nebraska after the fact:

BILBAO. Oct. 6 – Senor Leonardo Torres y Quevedo, the inventor of the “Telekino,” an electrical apparatus for directing from land the movements of vessels at sea, who is now in Bilbao, was asked by King Alfonso to make experiments with his invention from Giralda. The apparatus was placed on board the royal yacht and Queen Victoria, who had seen the telekino before, followed the trials with great interest. 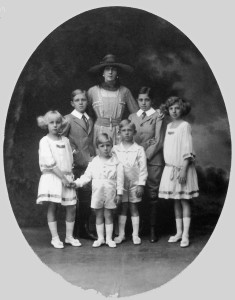 Her majesty told the inventor what movements she wished the boat to make, and Senor Torres y Quevedo, carrying out her instructions, caused the craft to turn or stop with admirable facility. Finally the craft was brought alongside the Giralda and their majesties congratulated the engineer on his invention.

Senor Torres y Quevedo is assisted in his experiments by a subvention from the state. As the boat works automatically and does not carry any crew, there is a risk that if the transmitting apparatus becomes damaged the vessel would continue its course without direction. The inventor has accordingly added another automatic arrangement, which comes into action as soon as the Hertzian current ceases, and causes the boat to stop. The telekino is a serious invention, capable of controlling any machine. It even directs the movement of tricycles, carriages, and boats, which obey the wishes of the inventor with minute precision.

Senor Torres y Quevedo informed King Alfonso he is about to carry out experiments on a vast scale with vessels of large tonnage. When the telekino boat was alongside the Giralda his majesty went aboard and received from the engineer a detailed description of the apparatus. Senor Torres y Quevedo believes that he has solved the problem of the direction of torpedoes and submersibles from land.

If his further experiments are crowned with success his invention will cause a revolution in the military and naval arts, as he will be able to direct the movement of engines of warfare from a distance and cause the explosion of mines and torpedoes with mathematical precision.

This event constituted the world’s second publicly demonstrated apparatus for radio control, after Nikola Tesla’s Patented “Teleautomaton”, and established Leonardo Torres y Quevedo as a leading pioneer in the field.

Leonardo Torres y Quevedo (28 December 1852 – 18 December 1936) was a Spanish civil engineer and mathematician of the late nineteenth and early twentieth centuries. He was born in Santa Cruz de Iguña, Cantabria, Spain. His family resided in Bilbao, where Leonardo’s father worked as a railway engineer.In Bilbao his education took place in a local advanced high school program followed by two years in Paris before enrolling in the Official School of the Road Engineers’ Corps. 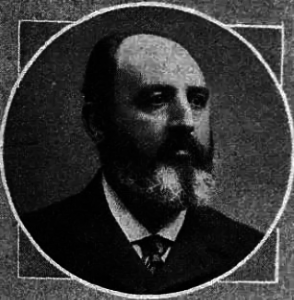 He began his career with the same train company for which his father had worked, but he traveled throughout Europe exploring the scientific and technical advances of the day firsthand, especially in the new science of manipulating electricity. When he returned to Spain, set up a research lab at Santander where he financed his own work and began the study and investigations of electricity’s potential that lasted for the rest of his life. By 1893 he was supporting his wife, eight children, and his research through the sale of his inventions.

Fun Fact: In the early 1900s Torres learned Esperanto and was an advocate of the language  throughout his life.

* Victoria Eugenie of Battenberg was Queen of Spain as the wife of King Alfonso XIII. She was a granddaughter of Queen Victoria and the first cousin of King George V of the United Kingdom, Queen Maud of Norway, Empress Alexandra Feodorovna of Russia, Queen Marie of Romania, Emperor Wilhelm II of Germany and Queen Sophia of Greece. King Felipe VI of Spain is her great-grandson. (back)