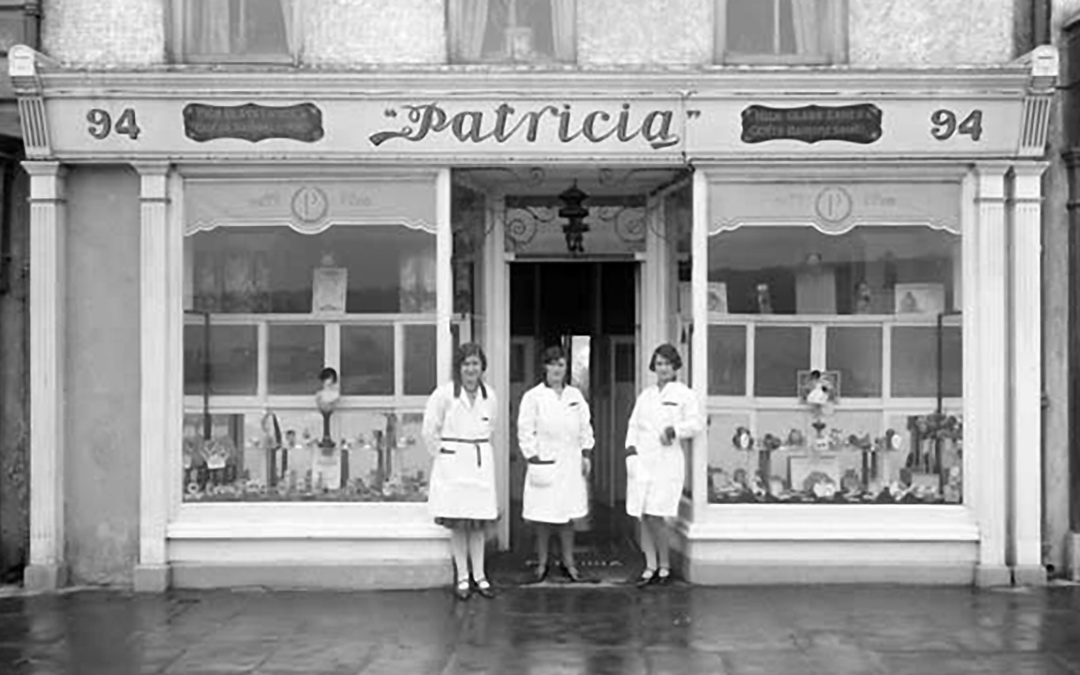 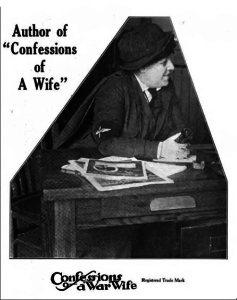 You can, however, buy her autograph on a signed card for only $405 on eBay (or best offer).

She wrote about both serious and lighthearted subjects with her trademark forthright prose that kept her writing accessible to all classes of Americans.

This opinion piece on woman dyeing their hair appeared in 1915.

I don’t think there is anything in a woman’s life more tragic than when she discovers she Is growing gray. 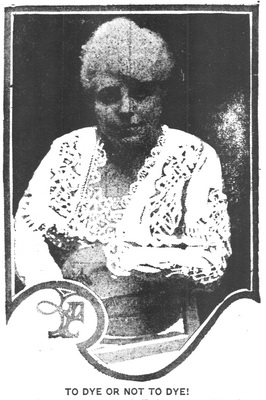 It’s all very well for your friends to say that nature knows her business that when the hair turns white the complexion also changes color, that it is more becoming, and that it does not make you look any older. You and your friends both know that they are only trying to comfort you. White hair, whether it is becoming or not, always suggests age.

And while it is changing! While it is all “shades and patches and looks more like a stick of striped taffy candy than anything else! I, for one, do not blame, any woman for calling in the aid of her hairdresser.

Take heart, my-dear-woman-of-40-years, there is nothing immoral in dyeing your hair! It is only a question of taste your, own individual taste.

If you feel that you would be happier, or if, being a business woman, you feel sure that white hair will hurt your chances of reaching the goal for which you are aiming, color your hair by all means.

Some of your relatives and near friends who feel privileged to say any unpleasant thing they think of you will probably tell you “you don’t fool any one but yourself.”

They are not right, of course, for you will probably fool the casual acquaintance completely if your’ hair is carefully colored, and while others may know you are “touching it up” they will never stop to imagine that it is very gray, and as for fooling yourself, you must have found out by the time you are 40 years old that most of your happiness, consists of self-delusion!

If you wish to color your hair there are two things to remember. First, you will be an absolute slave to it, and second, it is a very expensive operation I know because I have tried it.

If you decide that the game is worth the candle, go ahead and my blessing goes with you! At least one day a month will have to be given up to having your hair dyed, and as it grows out it will be the same old pep per and’ salt or white patches that you hate so much. Then you will! have to spend another day again with a reliable hairdresser.

Never try to dye your own hair. Don’t use any dye but the two-bottle kind. There are a. number of these on the market that are reliable and many women have good luck with henna preparations. Most of my actress friends use henna, but it is almost too red for conservative women. Your hair will not look natural if you use the’ hennas dyes. Don’t every try to make your own dye, neither trust any one who tells you that she, can restore your hair. She lies and knows that she is deceiving you when she tells you so. When your hair turns white, nothing will restore it to its natural color. You can only dye it as you do a faded gown.