The Zeppelin attacks on London were no joke to the people living with them. To get a real feel for what a radical change having London under attack was to a ‘Britain at war,’ check out Richard Davenport-Hines’ review of Jerry White’s Zeppelin Nights: London in the First World War. 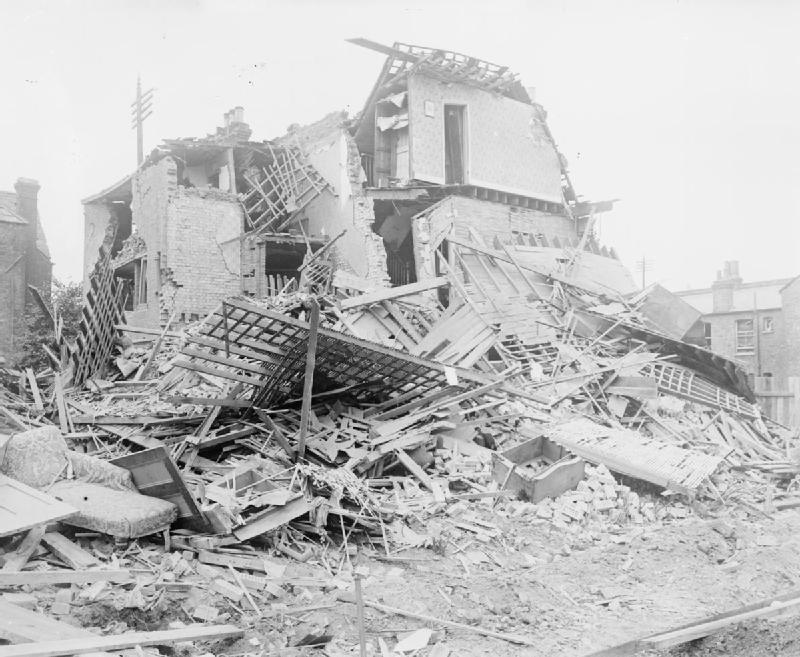 Photograph showing bomb damage to property in Streatham, London caused by the German Zeppelin raid on the night of 23 – 24 September 1916.

There are markers in London of locations where World War I aerial bombing completely destroyed buildings. 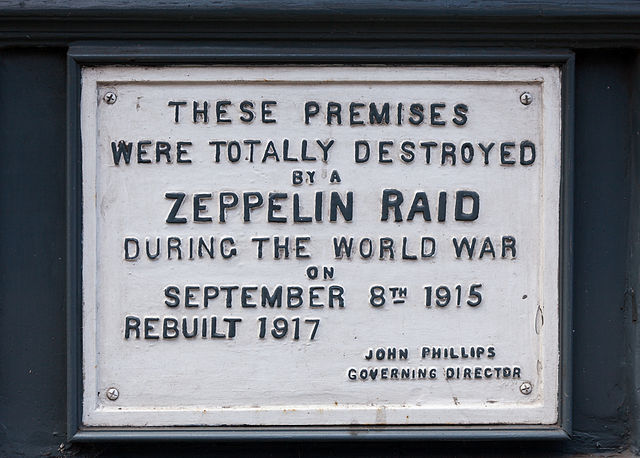