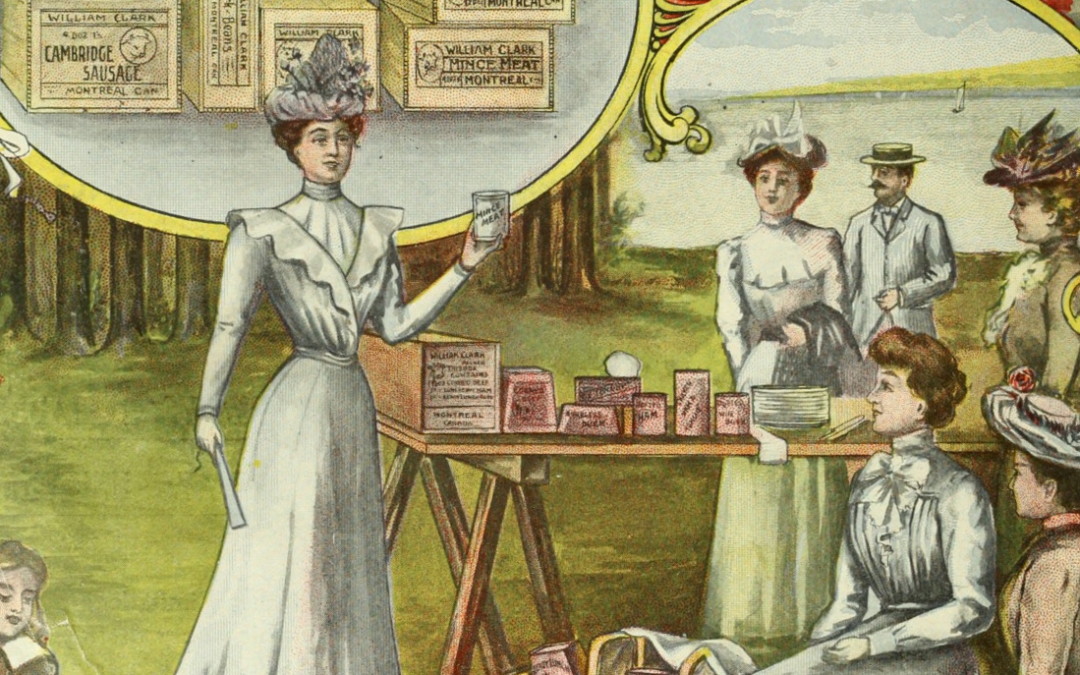 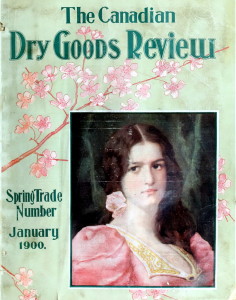 Most of the publications are a combination of news and research items interlaced with Business-to-Business advertisements.

These suggested rules for dry good store’s front of house staff is from the Canadian Dry Goods Review from 1900.

Of course it was about slavery

There has been a major resurgence in pro-Confederacy rhetoric on social media lately. The public’s increased awareness of the fact that a white supremacy based sub-culture is alive and well in America has produced a backlash against the symbols of the Confederacy that dot the Southern United States.

Heritage not Hate has become a rallying cry that completely misses the point. Honoring your individual ancestors is a personal matter. Using public lands and money to celebrate their rebellion and what it represented is an entirely different matter.

If the Confederacy was built on a foundation of love, it was a love for the status quo at a time when men and women could be property and the wealth resulting from the use of their minds and bodies could be collected by the people enslaving them.

The various states that attempted to secede from the Union each individually codified and publicized their reasons for forming a new nation and a major theme that ran across most of them was the passionate desire to keep the institution of slavery safe from limits that might be imposed by the newly elected Republican President and keep the institution growing into new lands to the west. (see: The Declaration of Causes of Seceding States)

There are other reasons that states and individuals supported secession but those were in addition to the preservation of slavery, not instead of it.

Some of the people in charge of elementary and high school history curriculum have done a great disservice to the nation. For almost a century now we have worked hard to insulate students from the harsh realities of nineteenth century America. As a result, we now have adults walking around who think that the causes for the war are unknown and only exist in a murky realm of debatable  opinion. We know the facts, but the facts are rarely presented clearly alongside the supporting documentation that removes a lot of that murkiness.

The same Internet that helps draw these pro-Confederacy activists together provide easy access to primary source materials that let us fully understand what has happening before and during the war if we just open our eyes.

END_OF_DOCUMENT_TOKEN_TO_BE_REPLACED

The Day Book was an experimental, advertising-free daily newspaper published in Chicago from 1911 to 1917. It was owned by E. W. Scripps as part of the Scripps-McRae League of Newspapers (later Scripps-Howard Newspapers).

With the Day Book, Scripps sought to eliminate the often adversarial relationship between his editorial staffs and the advertisers that sustained them. To his disappointment, pressure from the business community had at times forced the Cincinnati Post to temper its firebrand campaigns against bossism and cronyism. The Day Book began publishing on September 28, 1911. Like his other penny presses, the Day Book championed labor rights while delivering a mix of politics and lowbrow, sensational content.

Just how rotten a stunt the police can pull on a young fellow, or on anybody was queried in the boys ‘court this morning when Judge Fisher balled some coppers out and turned Walter Allan, 5345 Blackstone Ave., out in the open air after three days in the lock-up.

Allan was grabbed Dec. 3 that’s way last Friday by Officers, McGuire, Higgins, Tapscott, as they were signed on the booking sheet, because he happened to look like one of the boys who were throwing stones in the neighborhood of 1505 B. 63rd St. way last October.

The boy was taken to jail and not booked until this morning. He was held three days, under no booking, but just because he happened to look like one of the stone throwers. This morning he was booked for breaking a window and brought into the boys’ court

And then Judge Fisher took a hand. He celebrated his first day on the boy’s court bench by taking a
good hard, and direct, wallop at the methods of the police.

“If such a case as this comes into this court again while I am here I will send for the officers and the captain of the district -to explain things,” Fisher said.

“The whole affair is an outrage. It’s rank police methods. The idea of holding a boy, or anybody else, in jail for three days without even booking him!”

Fisher then advised the boy to sue the city and the officers and turned him loose.

B. Simon, store owner, who had complained of the stone throwing, absolutely failed to identify Allan as one of the boys.

A few weeks later The Day Book provided this update to Judge Fisher’s activity on the bench.

END_OF_DOCUMENT_TOKEN_TO_BE_REPLACED

Christmas with Liberace in 1954 (Video)

The 1954 Christmas episode of “The Liberace Show.” The episode contains him mostly playing the piano with a handful of singing moments. There is more clips and episodes at the Moving Image Archive.

Words from Us
Christmas with Liberace in 1954 (Video)