END_OF_DOCUMENT_TOKEN_TO_BE_REPLACED

The work of reading these thousands of postals and letters and selecting from among them for publication, has required the labor of two persons over two weeks, and a portion of this time three persons were engaged upon it. Although but comparatively a small portion of them has been given, they form a very remarkable, unique, instructive and valuable addition to the literature and history of woman suffrage.

They not only show the growth of liberty in the hearts of women, but they point out the causes of this growth. Each letter, each postal, carries its own tale of tyrannous oppression, and each woman who reads, will find her courage and her convictions strengthened. Let every woman who receives this paper religiously preserve it for future reference. Let those who say that women do not want to vote, look at the unanimity with which women in each and every state, declare that they do wish to vote,—that they are oppressed because they cannot vote—that they deem themselves capable of making the laws by which they are governed, and of ruling themselves in every way.

These letters are warm from the heart, but they tell tales of injustice and wrong that chill the reader’s blood. They show a growing tendency among women to right their own wrongs, as women have ofttimes in ages before chosen their own ways to do. Greece with its tales of Medea and Clytemnestra; Rome and the remembrance of Tofania and her famous water; southern France of more modern times all carry warning to legal domestic tyrants.

Some friends have taken on the task of helping me publish all of these responses that came on from Americans from coast to coast.  Links to them will appear below. 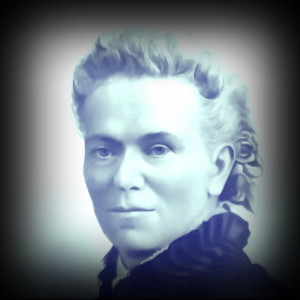 The National Citizen and Ballot Box was a monthly journal deeply involved in the roots of the American feminist movement. It was owned and edited by Matilda Joslyn Gage, American women’s rights advocate, who helped to lead and publicize the suffrage movement in the United States.

Gage included her intentions for the paper in a prospectus: “Its especial object will be to secure national protection to women citizens in the exercise of their rights to vote…it will oppose Class Legislation of whatever form…Women of every class, condition, rank and name will find this paper their friend.”

Gage became the National Citizen and Ballot Box’s primary editor for the next three years (until 1881), producing and publishing essays on a wide range of issues. Each edition bore the motto “The Pen Is Mightier Than The Sword”, and included regular columns about prominent women in history and female inventors. Gage wrote clearly, logically, and often with a dry wit and a well-honed sense of irony. Writing about laws which allowed a man to will his children to a guardian unrelated to their mother, Gage observed: “It is sometimes better to be a dead man than a live woman.”