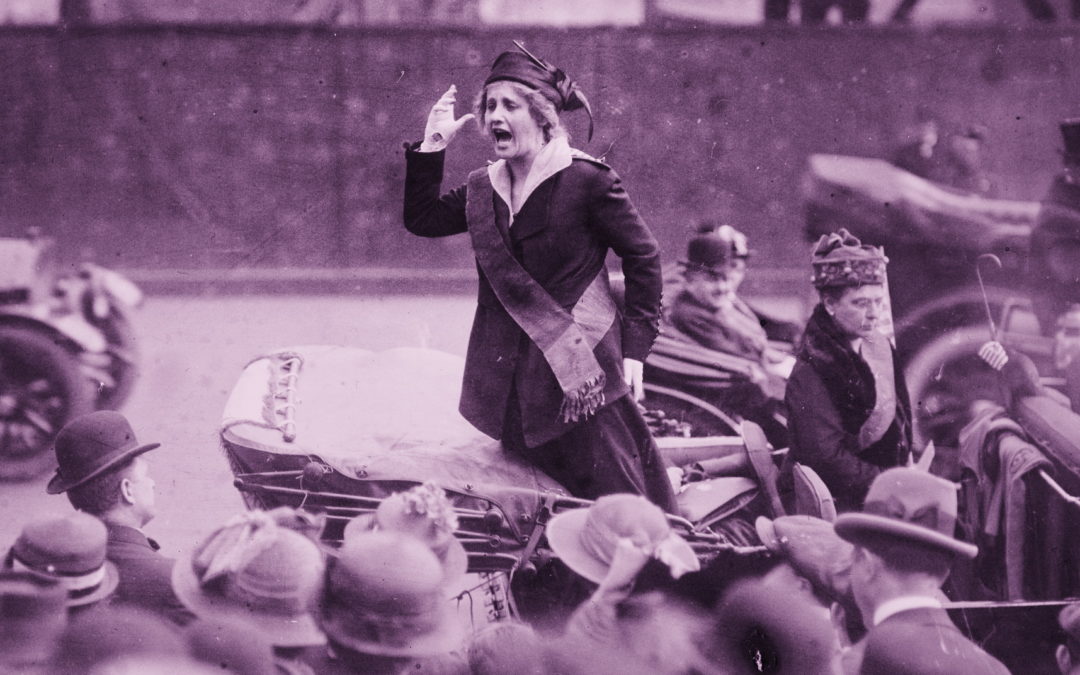 The suffragettes are planning to start a college course to teach the youth of America the value and justice of votes for women.

The course as outlined will include instruction on the evolution of womankind; of the wooing with rocks in the Stone age; of the chattel days of the Middle ages; of her present condition in most states where, equipped with learning, finish, brains, integrity and conscience, she is denied a vote.

The idea is fine. It should be broadened, the course widened, with every woman an instructor.

The greatest crusaders to the real cause of woman’s rights will not be found in the school room.

They will be found in the kitchens of humble homes; gray-haired, perhaps, and with faces that show the marks of loving sacrifice. They will be found crooning love songs over cradles and instilling into baby minds, so strongly and so sweetly that it will never, be forgotten, the one great fact that In the Divine scheme of affairs, woman is the greatest of God’s creations, to be denied nothing that she wishes, whether it be votes or just love.

They will be found, perhaps, taking up the burdens of life where some weak or brutal husband has left them.

They will be found, too, in the sisters, who teach their boisterous brothers that the gentleness of a woman’s heart is greater than the courage of the most lion-hearted, and more powerful for good than the most ponderous phrases from a pulpit.

They will be found in the sweethearts who will lead their suitors to the high realms of ideals and teach the great truth that between sexes there is no difference in morals; who will demand from their husbands that same standard of virtue which is asked of them.

With such a course of training, the suffrage question would be solved.

When the babe who grows to manhood with the song of the young mother ringing in his memory; when the youth grows bearded but harks back to the days when his mother patiently patched his trousers and breathed a prayer that he grow up into a “good man”; when the brother burnishes the glass of memory and sees the sweet-faced, smiling sister; when the husband thanks his God that HE was able to measure up to the high standards of righteousness demanded by the sweet-faced woman who became his bride – when these come to pass, the real objects of the suffragets will have been won.

For when these happen there will be no wan faces in sweatshops, no children sent out to labor before their frail bodies have taken on strength or their minds an equipment for the future, no crowding of girls into unhealthful occupations, no debauchery by brutal employers.

Perhaps the school for suffrage alone may bring these results. With the womanhood of America giving these subsidiary courses it is bound to.