Authorised Violation of the Mail – Virginia 1859

This 1959 letter to Virginia Governor Wise from John Randolph Tucker, Virginia’s Attorney-General at the time.

It outlines Virginia’s legal assertion that it had the right to censor the mail and prosecute those importing Abolitionist literature into the state of Virginia. It details the process of destroying material by fire in the presence of a judge.

Tucker skirts the First Amendment issues and focuses on the Postal Service’s role as a delivery system as opposed to a role akin to a publisher.

Tucker (1823–1897) was from a distinguished slaveholding family, he was elected Virginia’s attorney general in 1857 and after re-election served during the American Civil War. After a pardon and Congressional Reconstruction, Tucker was elected as U.S. Congressman (1875-1887), and later served as the first dean of the Washington and Lee University Law School.

The letter opens Willam Lloyd Garrison’s book, The new “reign of terror” in the slaveholding states, for 1859-60, published in New York in 1860.

Authorised Violation of the Mail

SIR, -The question is submitted to me for an Opinion as to the effect of the law of Virginia upon the distribution of mail matter when it is of an incendiary character. A newspaper, printed in the State of Ohio, propagating abolition doctrines, is sent to a person through a post ofiice in Virginia.

What is the duty of the Postmaster in the premises?

“If a Postmaster or Deputy Postmaster know that any such book or writing (referring to such as advise or incite negroes to rebel or make insurrection, or inculcate resistance to the right of property of masters in their slaves) has been received at his office in the mail, he shall give notice thereof to some Justice, who shall inquire into the circumstances, and have such book or writing burned in his presence if it appear to him that the person to whom it was directed subscribed therefor, knowing its character, or agreed to receive it for circulation to aid the purposes of abolitionists, the Justice shall commit such person to jail. If any Postmaster or Deputy Postmaster violate this section, he shall be fined not exceeding two hundred dollars.”

END_OF_DOCUMENT_TOKEN_TO_BE_REPLACED

This item appeared in the May 23, 1918 issue of the Lake County Times, in Hammond, Indiana.

Slickers and Slackers, Night Owls, Gamblers and Idlers Will get Shock After July lst.

It is estimated that in Hammond, Gary, East Chicago, and Whiting there are 1,000 idlers affected by the U. 8. war department’s new ruling. Many of these men sleep by day and prowl by night. Some of them are gunmen. They are draft dodgers. News that Uncle Sam is after them is glad news to the police departments of the Calumet region cities. END_OF_DOCUMENT_TOKEN_TO_BE_REPLACED

The examinations of the Life Extension Institute show only one man in a hundred wholly free from disease and physically fit. END_OF_DOCUMENT_TOKEN_TO_BE_REPLACED 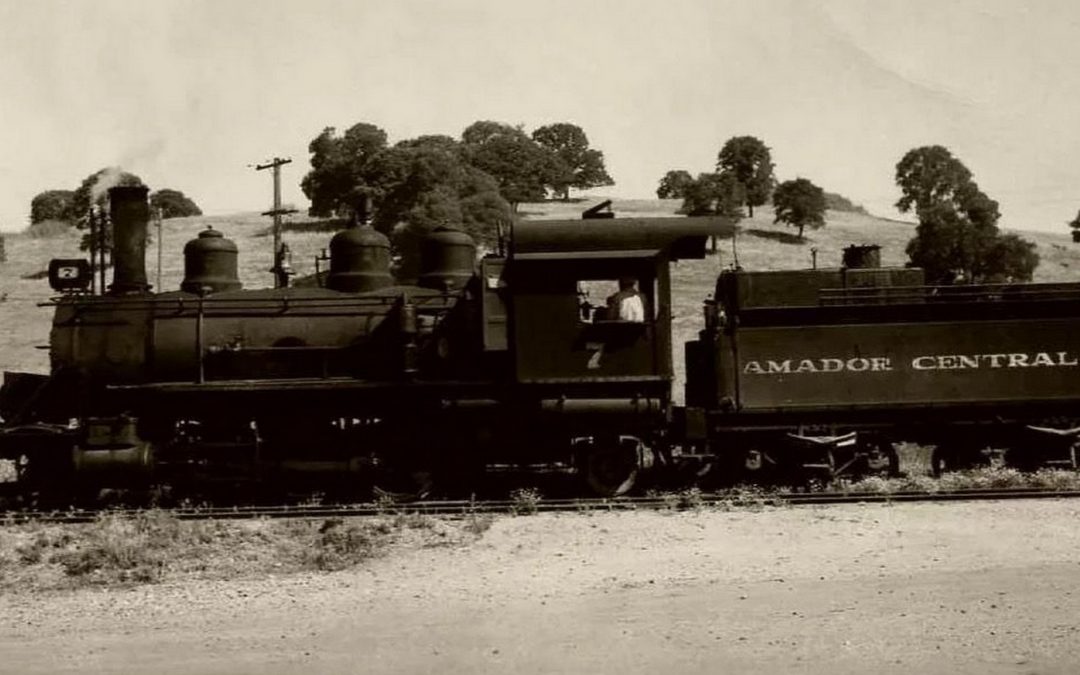 Meta J. Erickson: She Bosses a Railroad and Makes It Pay

By Paul N. Wilson for American Magazine in 1922

The Amador-Central Railroad of California earns its own way, pays a profit, and has never asked a cent from anyone. And a woman runs it! Mrs. Meta J. Erickson, who is doing what big railroad magnates say can’t be done, has been president of the Amador-Central for a good many years. She’s the only woman railroad president in the world.

The A. C. R. R., twelve miles long, is probably the shortest commercial road in the United States which is run on its own merits and not as an adjunct to some larger enterprise. But it’s a regular railroad, just the same. It’s regulated by the Railroad Commission, collects war tax, runs on schedule, and is in everything just like its bigger brothers. END_OF_DOCUMENT_TOKEN_TO_BE_REPLACED

She Tells Why Employers Should Hire Middle-Aged Women [1922]

“The discovery of the efficiency of the middle-aged woman has been one of the recent joys of the business world,” said Mrs. Robert Armstrong, formerly personnel director of the National City Company in Wall Street, and now personnel secretary of the Eastman Kodak Company at Rochester, New York.

Mrs. Armstrong, when questioned as to the nature of this belated recognition of the merits of the middle-aged woman in business, spoke with enthusiasm and with the voice of authority on this phase of the economic independence of women.

“When do you consider that a woman has reached middle age in the eyes of a businessman?” Mrs. Armstrong smiled. “I know that some men consider a woman elderly at twenty-eight, but the woman under discussion, and who is demonstrating her value in business life, is from forty to fifty. She made her appearance in sufficiently large numbers to permit of a collective scientific study as a war emergency; and what businessmen learned of the sterling qualities of the middle-aged woman when she was fitted into the particular place that had been awaiting her, caused her stock to rise in the employment market.”