I’m Too Sexy… for this Sector

A silly video to the music of “I am too sexy” by Right Said Fred featuring clips from various science fiction TV shows.  This was made in 2005 and shared to the Internet Archive.

Check out to Fashion Uncovered. A place where the history of clothing and accessories are revealed.

Our goal here is to unearth and present some of the stuff that is new to us, and hopefully, to you as well.

Words from Us
I'm Too Sexy... for this Sector

END_OF_DOCUMENT_TOKEN_TO_BE_REPLACED 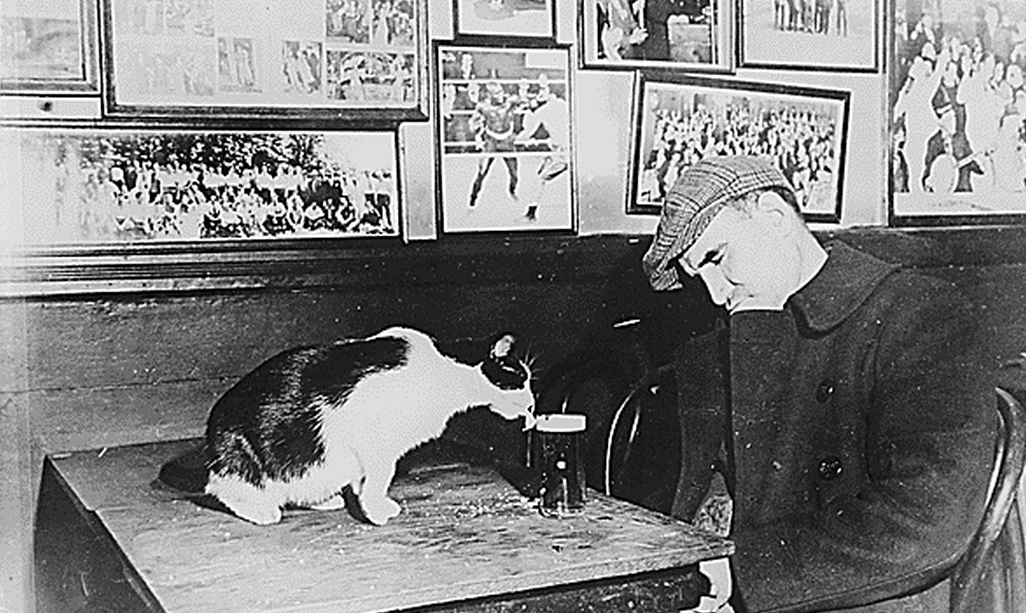 In celebration of the release of the 10 millionth page of Chronicling America, our free, online searchable database of historical U.S. newspapers, the reference librarians in our Serials & Government Publications Division have selected some interesting subjects and articles. We’ll be sharing them in a series of Throwback Thursday #TBT blog posts during the next few weeks.

Today we not only celebrate our 10 millionth page of Chronicling America, but we honor the patron saint of the Internet, the humble feline. You think people are obsessed with cat videos today? Here are 10 high-profile newspaper stories concerning the not-so-common house cat.

Links to each story are at 10 Stories: Cat Tales in Chronicling America.

“…confining the negro to the soil…”

Growing up in both the North and the South,  I was exposed to a lot subtle and not-so subtle views about the Civil War, but about the South’s side in particular.  One recurring theme I picked up from adults, at an almost subconscious level, was a sort of dismissive view of the moral and ethical standards of Southern whites and reasons why the Civil War and slavery were not REALLY their fault.

The idea I absorbed was that they should all be forgiven because they did not know any better. Slavery was just part of their world. They inherited it and took it for granted for the most part.

Either that, or they were actually benevolent altruists who were taking hell-bound savages from Africa and teaching them the gospel alongside employment skills  all while and feeding and clothing them and keeping them out of trouble.

To be honest, I think many of the adults I picked this up from did not really know any better themselves.  My schools did a pretty lousy job of teaching anything about life in the south beyond that of the wealthy landowners.  Everything possible was done to make live in the 19th century South happen in the passive voice.  There were slaves and there were plantation owners but the fact that people owned slaves was incidental… “James Smith owned and operated a large cotton plantation in Mississippi… and oh yeah, he also owned some slaves. ”

My schools taught me little or nothing about the scale of slavery in the South.  We never learned how many slaves were needed to produce the kind of wealth enjoyed by the Southern aristocracy.  The way I was taught made it easy for me to accept the narrative that slavery was on its way out and that the South was not really fighting for the right to own slaves in the Civil War.

Diving into primary sources from the mid-19th century changed all that.  There is plenty of evidence that there were concerted efforts in place designed solely to bolster the slave-owning status quo.  The article below penned by a judge in Mobile, Alabama provides an excellent example of the mindset held by some in the South at the time.

It proposes a way to increase support for the institution of slavery among non-slave owning whites by legislating a mandatory class division between blacks and whites by ensuring that black labor is only used for farm work (and presumably domestic work) so mechanical or trade work would be open exclusively to lower classes of white citizens.

Judge Hopkins is very clear in his proposal that creating this divide should win support for slave-ownership by giving white people in the trades a position in society firmly above that held by black workers. END_OF_DOCUMENT_TOKEN_TO_BE_REPLACED