From the December 1942 issue of Carolina Magazine:

THE Carolina coed is going to war. Shoved into relative obscurity by the more immediate problem of expanding the Pre-Flight school, temporarily subordinated to the outcome of the 18-19-year-old draft legislation, the question of the coed’s status in Carolina’s war college, her ultimate fate in the university’s new educational system is at last coming into the limelight.

The accelerating tempo of the war has brought an unprecedented challenge to every woman in every college and university in the country, and women students here, as their sister students elsewhere, are demanding answers to their questions, “What is going to happen to us? Will we be allowed to remain at Carolina? Where will we go next year — or next quarter even?”

The actual truth of the matter is — nobody knows.

Rumors as to what the future holds for the coed have flown from Graham Memorial to Woollen gym, back across by the naval area and up through the quadrangle. The most famous of these came from a small campus group which divulged the confidential information that all coeds were to be packed in the proverbial lock, stock and barrel manner and sped to the fair city of Greensboro where they would be allowed to pursue their various studies beneath the quiet and pensive oaks on ye olde Woman’s College campus. Upon receipt of this choice bit of news the irate populace of Alderman, McKeever and Archer House promptly made frantic plans for revolution should execution of such a threat be attempted.

Next rumor on the hit parade, eventually squelched by the inhabitants of Kenan, Spencer and the sorority houses, had it that coeds would be kicked off the campus, bounced out of town, chased beyond the county limits, and there left to shift for themselves, preferably in the direction of an East Carolina tobacco patch or a New England airplane factory.

From the office of the dean of the War College comes the only official word on the subject of coeds and their place in the future of the university. The statement issued by Dean Bradshaw is brief almost to the point of disappearance. “We know nothing definite. Your officials are in constant touch with the proper authorities and as soon as we learn anything at all conclusive we will immediately pass it on to the student body. The main problem facing us at this time is where we can house eight bundled women when the Pre-Flight school takes over their dormitories.” He did not say if the Pre-Flight school takes over the dormitories.

In the meantime, the war goes on. What are the coeds, as an integral part of the student body, going to do?

In the first place, at the end of this quarter there must, of necessity, be a complete reconsideration of the academic program for women. In order to remain as students at Carolina, women will have to adapt their scholastic schedules to meet the demands of the speeded up war program. In place of excessive liberal art courses must come classes in mathematics, sciences, foreign languages, and social services. Training in fields branded as temporarily unnecessary will be slashed to a minimum; concentration will be on the nation’s needs in health fields, in diplomatic services and special investigations, in scientific research, in business and industry and in trained personnel for schools and colleges.

The increasing- urgency for preparing women now for what lies immediately ahead cannot be stressed too emphatically. Dr. Edward C. Elliott, Chief of the Division of Technical and Professional Personnel of the War Manpower Commission, recently stated, “All women college students are under obligation to participate directly either in very necessary community service, in war production or in service with the armed forces.”

By no means does this indicate that sight is being lost of the values of education, especially of the college education; it is held at a premium. There is no retraction of nor lessening of emphasis on the statement that the reservoir of educated leadership must be maintained. For those upon whose shoulders will fall the tremendous responsibility of solving the peace there must be a thorough understanding of the social, economic, political and intellectual forces which characterize this war period.

But before peace comes the war. END_OF_DOCUMENT_TOKEN_TO_BE_REPLACED

The examinations of the Life Extension Institute show only one man in a hundred wholly free from disease and physically fit. END_OF_DOCUMENT_TOKEN_TO_BE_REPLACED

END_OF_DOCUMENT_TOKEN_TO_BE_REPLACED

In spite of the some perceived negative aspects of her determination to be a martyr for the birth control movement, Sanger was a positive social force in testing and denouncing the Comstock law. The law, named for Anthony Comstock, a postal inspector who had lobbied Congress to forbid the distribution of obscene materials throughout the United States, equated birth control and sex education with obscenity. END_OF_DOCUMENT_TOKEN_TO_BE_REPLACED 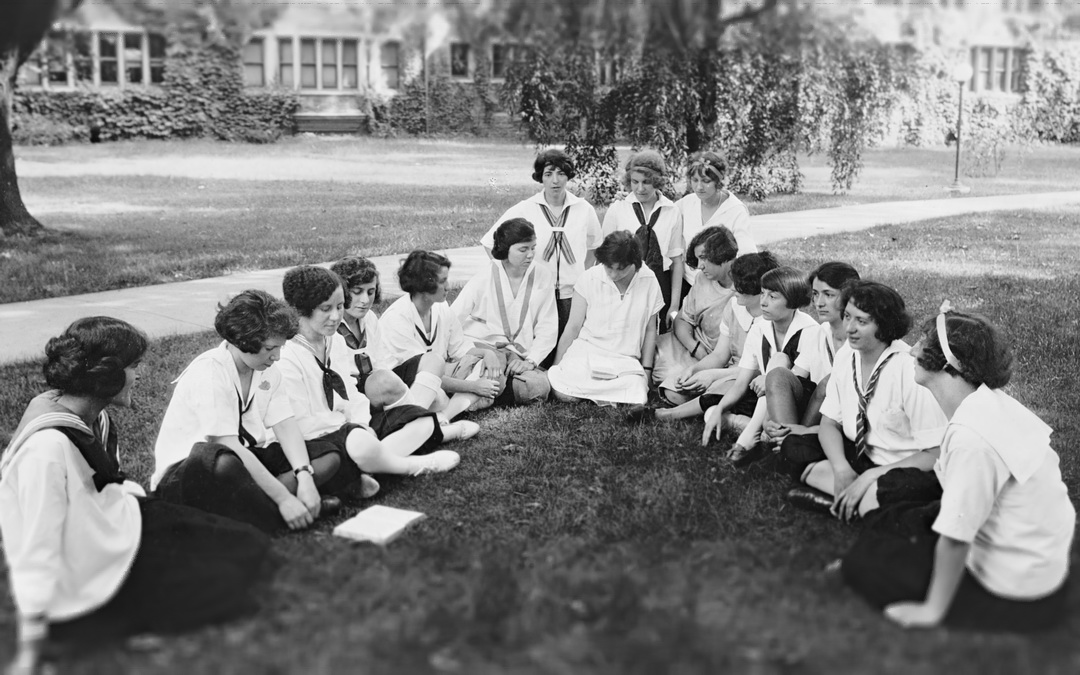 The Woman’s Page of New Ideas in The Saint Paul Globe for July 24, 1904 contained an extensive list of ways a “girl” can earn money while in college. 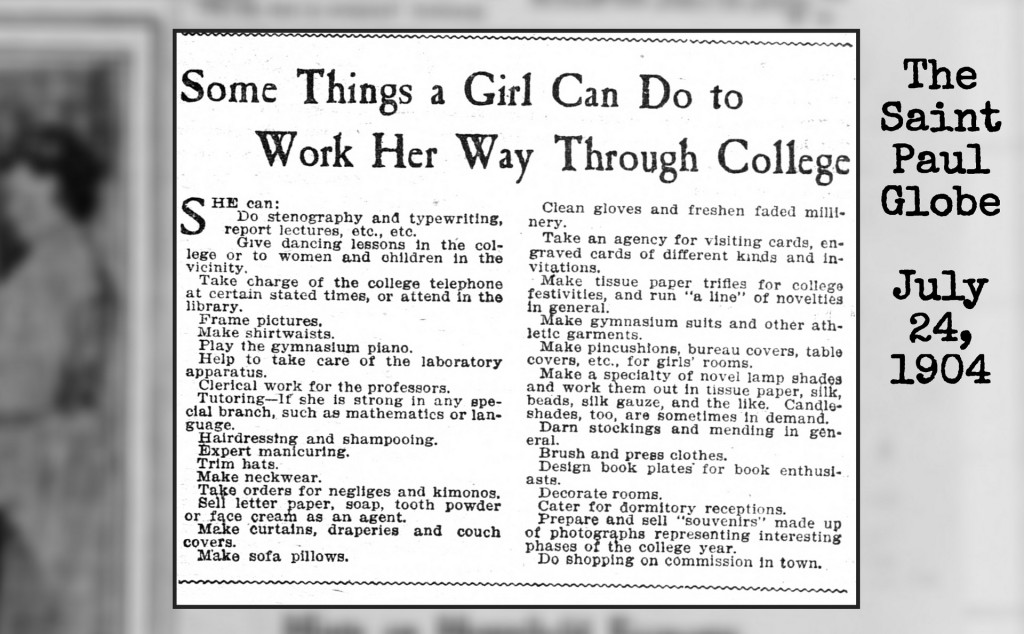 To give you some idea of what it took to gain admission and graduate from a respectable women’s college back then, take a look at the Admission and graduation requirements from the Pennsylvania College for Women Catalogue for 1900.