END_OF_DOCUMENT_TOKEN_TO_BE_REPLACED

Christmas with Liberace in 1954 (Video)

The 1954 Christmas episode of “The Liberace Show.” The episode contains him mostly playing the piano with a handful of singing moments. There is more clips and episodes at the Moving Image Archive.

Words from Us
Christmas with Liberace in 1954 (Video) 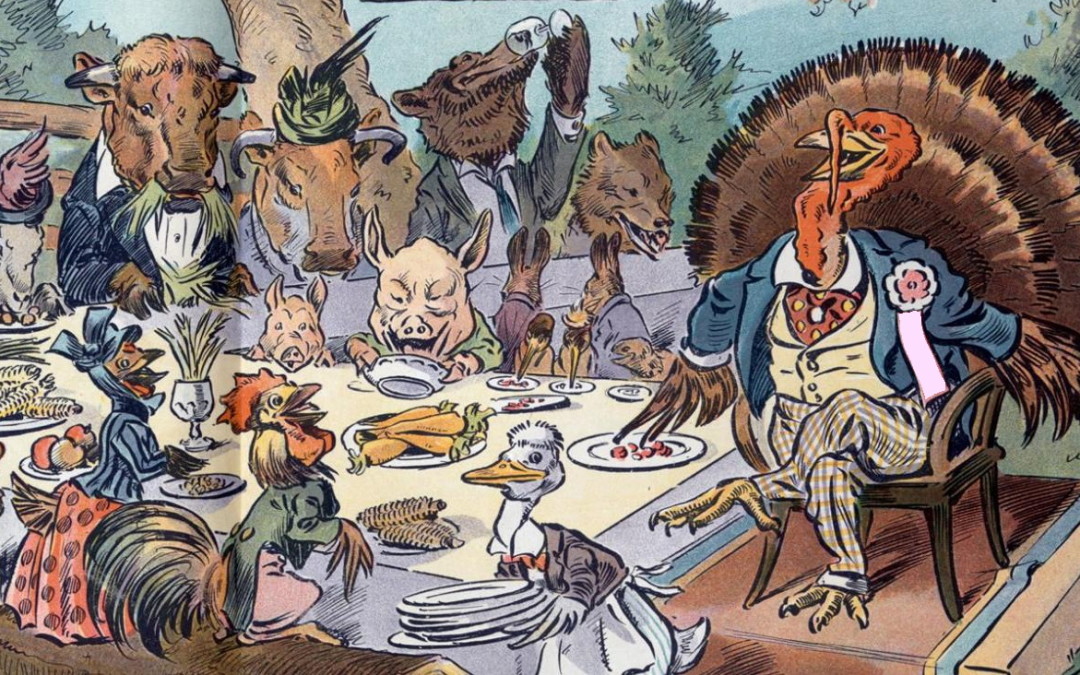 An Interview with Mr. Turkey

Mr. Turkey Gobbler was pacing the narrow confines of the death cell, which is a large packing case in our back yard. 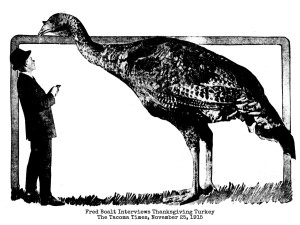 “Have you,” I asked, “anything to say why the sentence of death should not be carried out?”

“Tut, tut,” I chided. “It’s tough, 1 know. But it’ll be over so quickly you’ll hardly know what happened. It’ll scarcely hurt at all.”

“Oh, very well!” said I. “If you going to be unreasonable about it, I
shan’t bother. Gobble as much as you like.”

When he saw how impertubable I was before his anger, Mr. Gobbler controlled himself by an effort, and said, more calmly:

“I would not have you think that my vocabulary is limited to one word ‘gobble.’ When I said ‘gobble’ meant ‘gobble.’ Gobble, gobble, gobble!”

“It is. You can’t fool me! You’re going to chop my head off, and you and your wife and that boy of yours are going to eat me—STUFFED.”

“With gravy and sweet potatoes and cranberry sauce,” said I.

But when I saw the poor fellow wince, I apologized.

“That’s what I was thinking of,” said Mr. Gobbler, “when I said ‘gobble.’ You will eat and eat and eat. You will gobble twice as much food—yes, three times —as you do on ordinary occasions.

“And what,” asked Mr. Gobbler, “is this occasion? ‘Thanksgiving’ day, if you please! ‘Selfish’ day it should be called. You eat and stuff and gobble until you can’t wiggle. And you suffer from  indigestion for a week afterward. You humans make me sick. If you’d listen to me, I’d tell you how to celebrate Thanksgiving day.”

“I wish you would,” said I, politely.

“I am,” said Mr. Gobbler, “a great admirer of the Chinese. I know that in the Western world the Chinese are looked down upon as a backward and decadent people. Nevertheless, they have in their philosophy and customs much that is
sensible and praiseworthy.

“Take, for example, the Chinese manner of celebrating the New Year season. Do they overeat! They do not. They fast. And they forgive their enemies, renew friendships, pay their debts and start the year with a clean slate. It seems to me the Occident should observe Thanksgiving day in somewhat the same manner.”

“My dear Mr. Gobbler,” said I, “kindly bear in mind that the American practice of eating turkey on Thanksgiving day has persisted for many years. Neither you nor I can abolish the practice. For my part I wouldn’t want to. I do not wish to hurt your feelings, but, personally, there is nothing I enjoy more than a slice of breast, and, perhaps, a second joint of turkey, with a trifle of sweet potato and squash with celery on the side.”

“Moreover,” said I, sternly, “I would remind you that all life is a struggle. You eat worms and I eat you. I ask you, Mr. Gobbler, have you ever turned a merciful ear to the pleadings of a worm which you were about to devour?”

“I merely want you to get the point of view of one who is most directly and vitally concerned,” he said. “I am not afraid to die. 1 knew all along that this would happen. It was the fate of my father and mother. Ah, well, if I must go through with it, I wish you’d do it quickly. And please, please don’t make a mess of it!”

I promised I would exercise care.

Obediently, Mr. Gobbler laid his head on the block.

“You’d better close your eyes,” I said. “I can’t do it while you’re looking at me.

He closed his eyes. Chop!