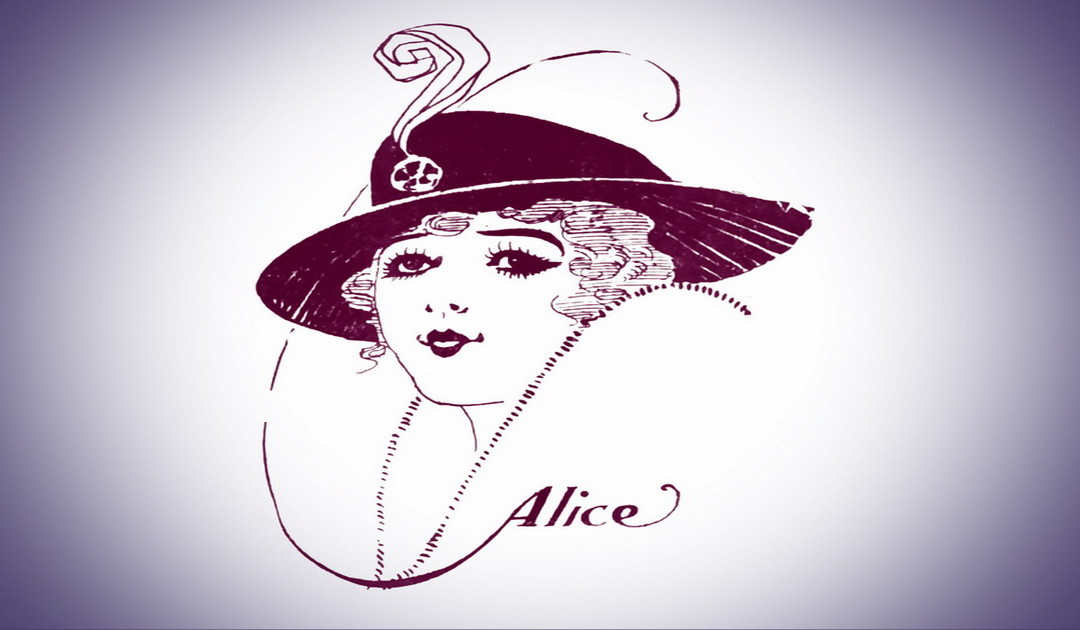 I was flipping through the Day Book issues from November 1916 and spotted this interesting profile of a girl escort from New York City.

If you are a stranger In New York and long for company; if you are wary of the men who prowl along the Broadway side walks meet Alice Germanie.

Alice will be your escort. You may have heard of the custom of providing male escorts for lonely girls at receptions. A hired chaperon introduces the girl to one of the boys she knows. The girl leaves it to the chaperon to introduce only a reputable and responsible young man as her escort. 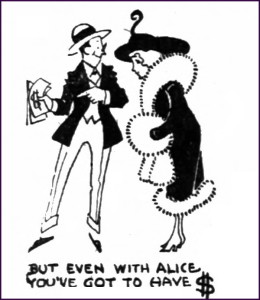 But what of the strange man who has no one to stand sponsor for him? Alice has solved his dilemma.

It is a bread and butter proposition to Alice. She had tried the stage and failed. She knew New York from the Battery to Van Cortlandt, from the Hudson to Jamaica. Yet she couldnt find work.

A relative from the west gave her the idea. Escort to strange men! All kinds of reflections but good would be cast upon her, she feared. People would look upon her as a vampire, who would entice the innocent stranger into a complex tangle for mere selfish gain.

But Alice isn’t of that sort. She is beautiful, clever, a good dancer and a pleasant companion. She resolved to withstand all criticism and follow out her relative’s idea.

Set only 50 feet from Broadway, in one of the Forties, is Alice’s hotel. The hotel owner knows her business and he helps her make her living. Through him and a few of his close friends, strangers they happen to meet come to Alice.

This time it is not the stranger, but Alice who is taking the chances. She is sincere and trustworthy. He is who knows?

But Alice goes out with him, wherever he cares to go. Sometimes it is one, more often two and even three. 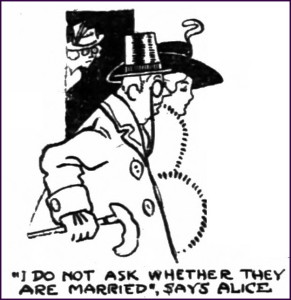 “I do not ask whether they are married,” says Alice. “It makes no difference to me. I take them to dinner, to a dance or a performance. I have regular rate $10 for one man, $15 for two and $20 for three, with dinner and other expenses.”

“It costs them less with me’ as their escort than it might cost them if they met the kind who do not know what economy is and who want a good time only for them selves.

“Midnight is my limit, too. My companions may stay as long as they want, hut when the clock strikes 12, I go home. If I want to make escorting a business I must have fixed rules and follow them strictly.”

The Great White Way is no place for an innocent stranger all alone. Alice makes it her business to acquaint him with this world-famed street in the most economical, pleasant manner.

Of course, the stranger who ventures upon Broadway must have money, plenty of it, even if he is so fortunate as to have so true a guide and escort with him as Alice Germanie.